Check out our daily work in our social media profiles

A playground for everyone
Educational, social and labour market inclusion

A playground for everyone

“A playground for everybody” is a project that aims to tackle social dynamics that normalise and perpetuate unsustainable situations of inequality, by making improvements to the school playground and converting this space into a driver for health, co-education and coexistence in the community.

The project was carried out at the Santiago Apostol School in the El Cabanyal neighbourhood of Valencia. The school is designated a Special Educational Action school, whereby the majority of its pupils come from disadvantaged backgrounds and belong to minority cultural groups, such as the Gitanos or Spanish Roma.

Funded by the Valencia City Council’s 2019 initiative for Social and Urban Innovation, the project set in motion a process of collective construction, bringing together various members of the educational community and employing locals who suffer with mental health difficulties. It was carried out in 3 stages:

1. What happens in our playground? A socio-spatial diagnosis was made via observation and analysis of the existing recreational spaces, which were found to be very scarce and in extremely poor condition. These comprised the Remunta public park and the roof of the school building itself. We also considered the ways in which the spaces were used and how the student body related to them.

2. What do we want in our playground? The pupils came up with proposals for improving the various spaces used based on the diagnosis made.

3. How do we transform our playground? Owing to the COVID-19 pandemic, the Valencia City Council made a nearby plot of land temporarily available to the school in order to facilitate the implementation of the necessary distancing and safety measures. This plot, previously used as a carpark, was transformed into a socio-educational space. The necessary construction work enabled secondary school students to participate in a service learning project, working alongside users of the mental health services provided by the Nautae Salut Mental association. The project thus brought together a range of differently-abled people to work together towards a common goal. In this way, awareness is raised via the sharing of day-to-day activities, and the resulting spaces are safe and inclusive.

The project’s aims were to: improve the physical and environmental aspects of the children’s play area; combat any stigma associated with sufferers of mental health disorders by promoting their employment and social inclusion; and increase the variety of possible activities that could be carried out in the playground, in order to facilitate the discovery of new skills and competencies in its users, beyond their prevailing roles and established dynamics. Cris Centeno has documented the entire project from early implementation to construction in his documentary, “Zona Santiago – free to play”.

Once it had been made suitable for use as a recreational space, Zona Santiago was opened up to different local collectives in El Cabanyal as part of the “From the playground to the neighbourhood” initiative, creating an informal meeting place for residents and extending the social function of the playground beyond its border to the wider community. 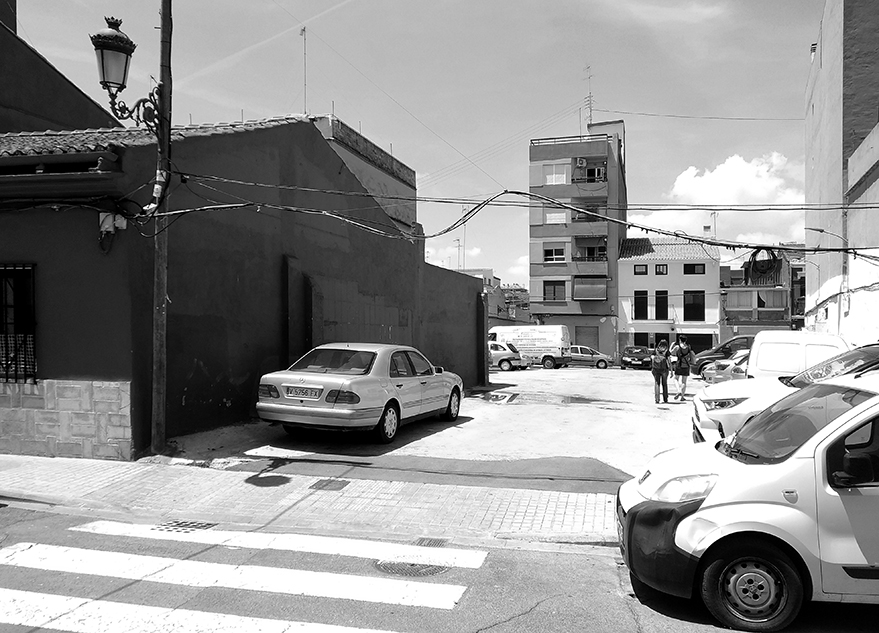 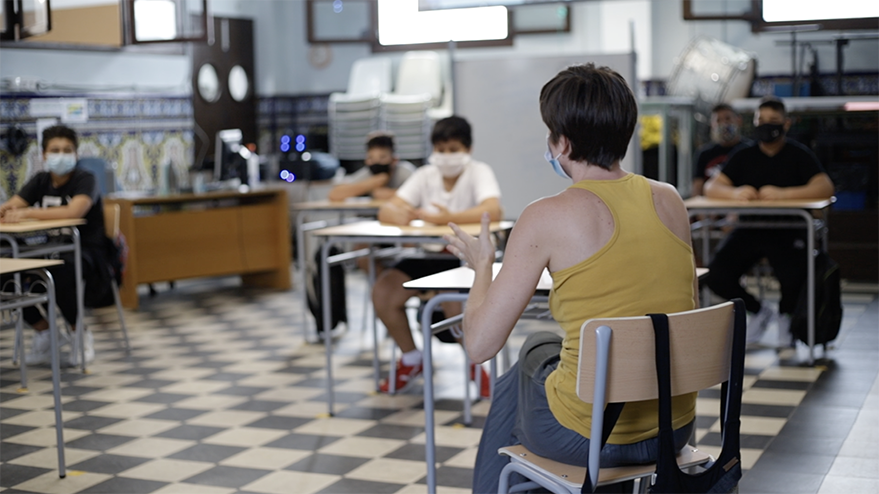 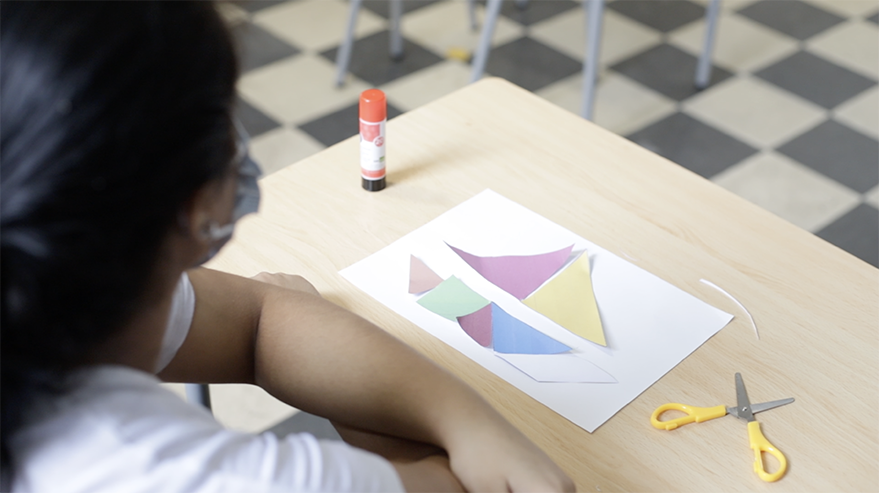 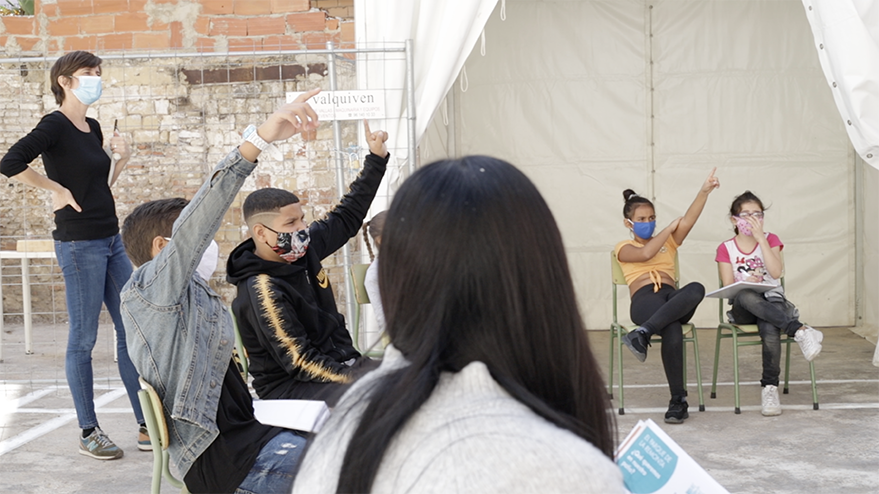 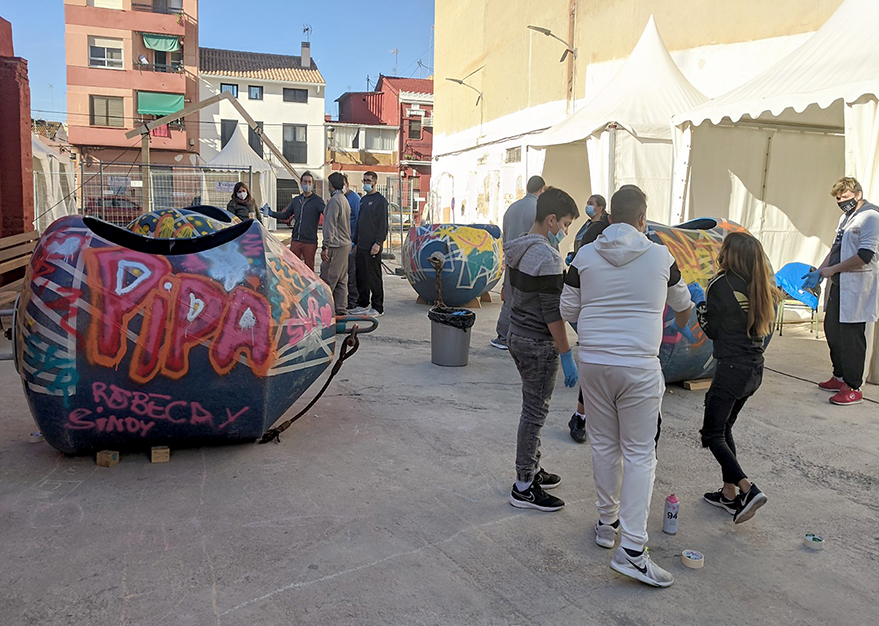 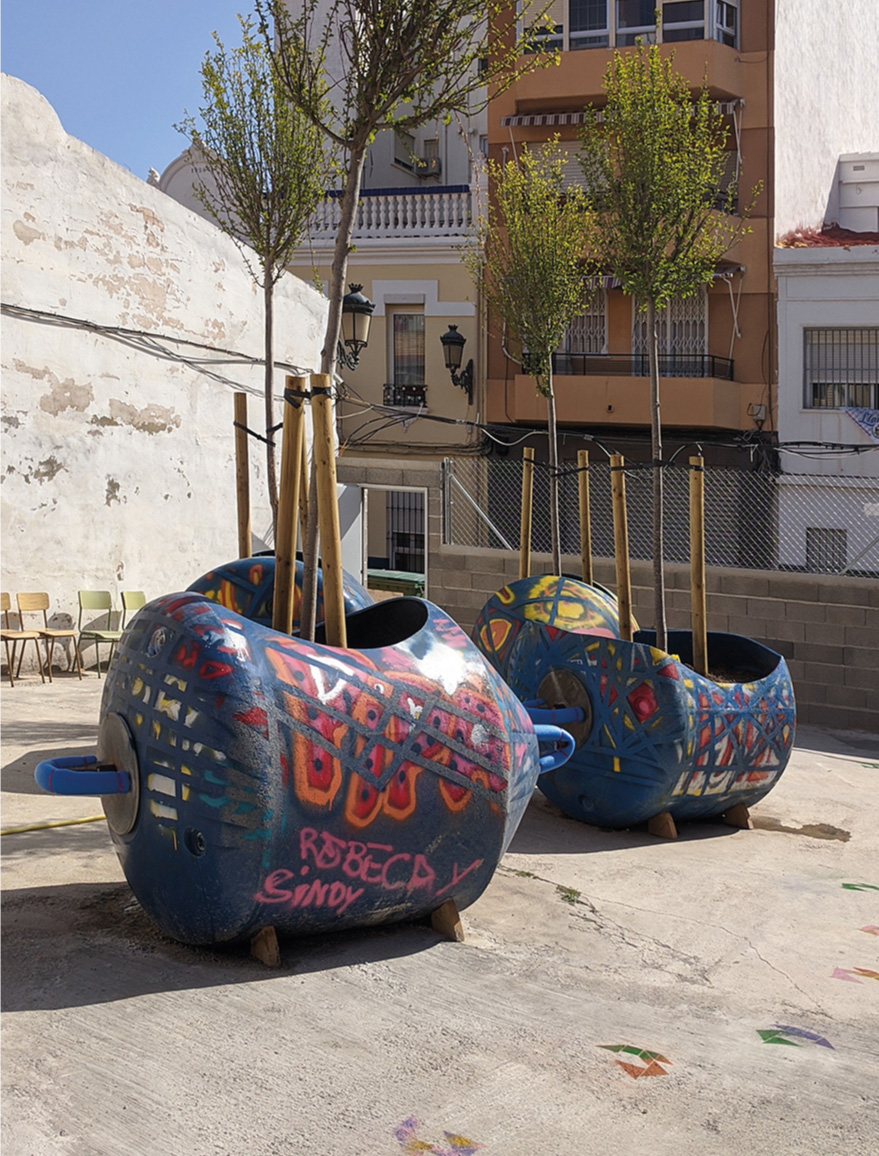 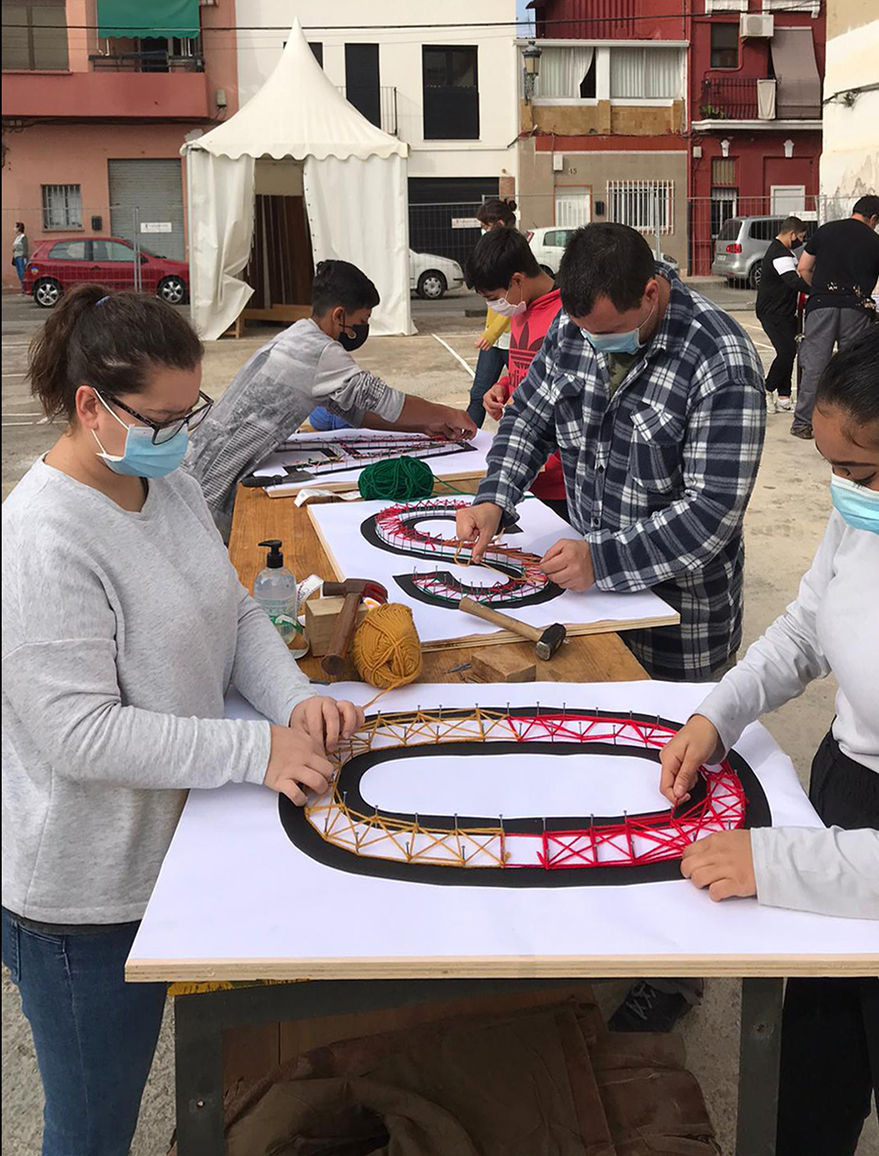 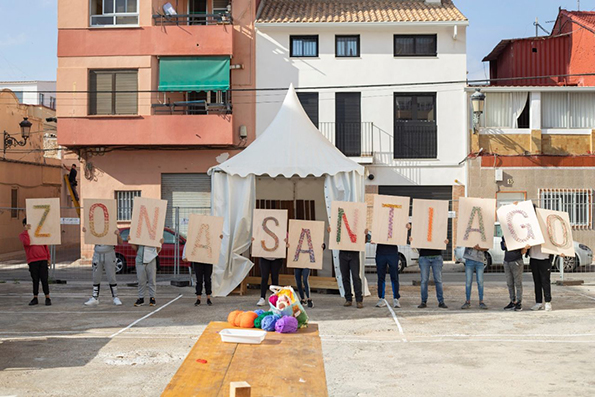 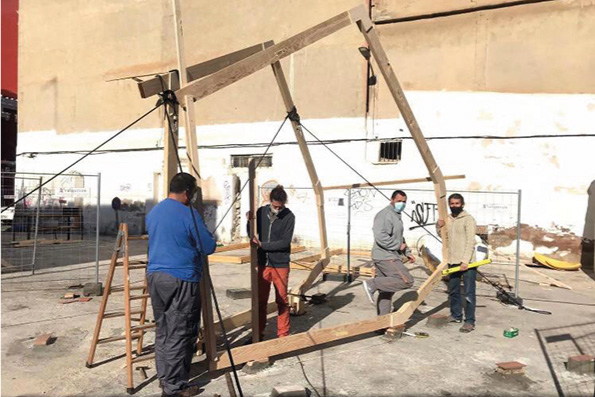 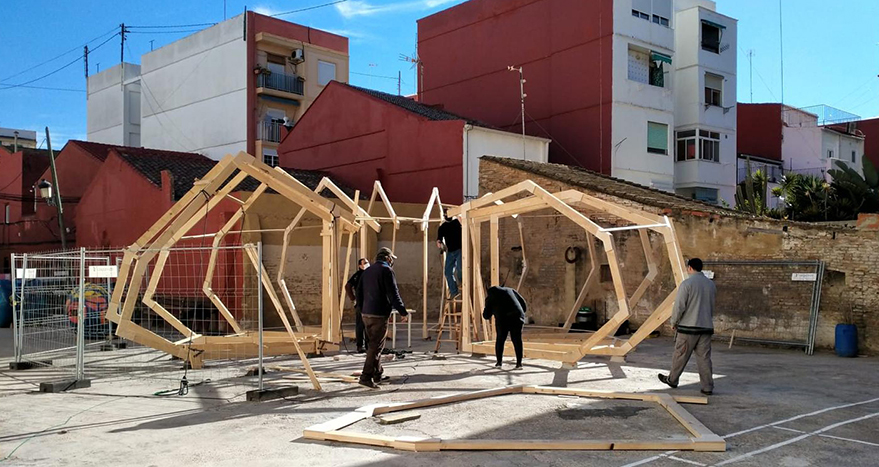 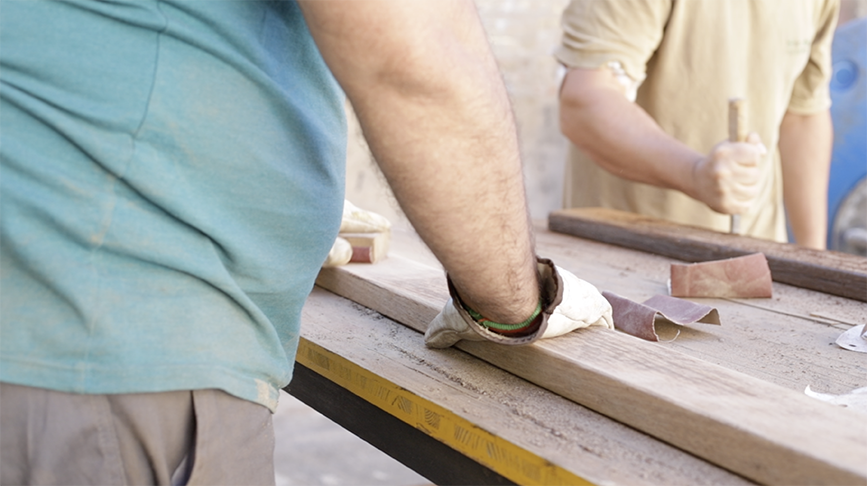 Leer más
SAVE & ACCEPT
Powered by